Get fresh music recommendations delivered to your inbox every Friday.

NOT JUNK YET: THE ART OF LARY 7 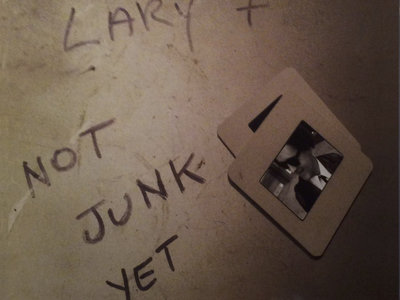 The immense wit and pure outrageousness of Lary 7’s presentations and performances makes each one an unpredictable, sometimes strange event, often with an atmosphere of deliberate absurdity, and where audience expectations are tweaked and toyed with.

Lary 7 — founder of the Plastikville Records label and studio, student of Tony Conrad, Paul Sharits and Hollis Frampton, and a perennial figure of the New York music scene since the early 1980s — is finally seen, heard and celebrated as never before in this film exploration of his important work.

Not Junk Yet: The Art of Lary 7 features never-before-seen interviews, performances, collaborations and conversations with Lary 7 and his fellow artists on the New York art & music scenes, giving us an intimate glimpse into the modus operandi, working concepts and sound and image experimentations of a man who has survived independent of the music industry for decades — influencing and inspiring all that have met him.

Includes unlimited streaming of Needle At Sea Bottom via the free Bandcamp app, plus high-quality download in MP3, FLAC and more.

ships out within 4 days