← more from
Mute
Get fresh music recommendations delivered to your inbox every Friday.
We've updated our Terms of Use. You can review the changes here. 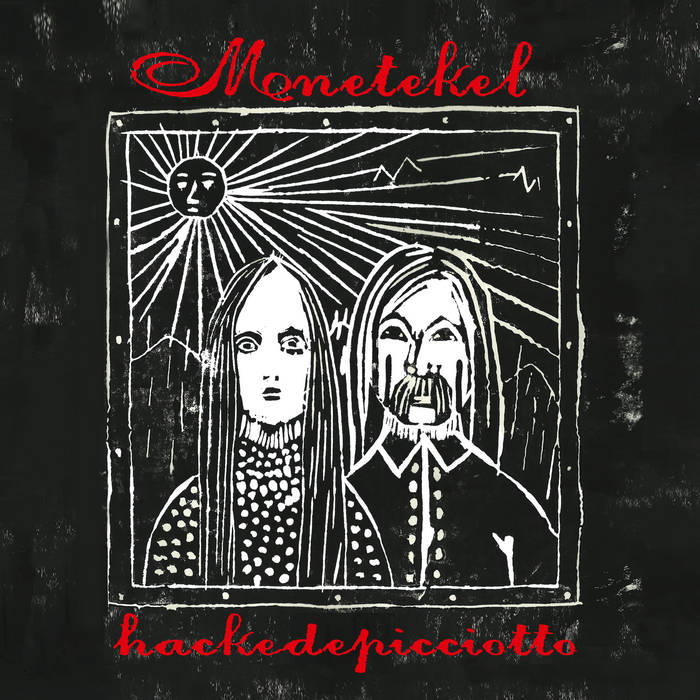 tomberlin It's a musical and poetical statement against the ubiquitious happy-go-lucky attitude and boredom in (a lot of) current music. Favorite track: The House of Shadows with the Sound of Light.

hackedepicciotto are Alexander Hacke and Danielle de Picciotto. Both are legends of their own making: Danielle de Picciotto moved to Berlin in 1987, to become the lead singer of the band „Space Cowboys“, the co-initiator of the Love Parade, a collaborator of the Ocean Club with Gudrun Gut, and Alexander’s partner in crime. Alexander Hacke is founding member and bass player of Einstürzende Neubauten. The artist couple, romantically married in 2006, has creatively interacted with countless international projects for almost 2 decades now besides regularly releasing their own compositions.
Their live shows are, to put it mildly, intense. Danielle specializes in unusual instruments such as the Hurdy Gurdy, the auto harp and the cemence besides playing the violin and piano; Alexander is master of the bass, guitar and drums. Together they create beautiful, existentialistic, acoustic soundscapes, which roar and vibrate simultaneously leaving their audiences shaken but overjoyed.
Danielle, author of two books, writes most of their lyrics, be it the poetic spoken word moments or the momentous choirs they compose together. Alexander Hacke, an excellent throat singer and vocalist, growls his grnarly, rumbling cries that float eerily over their nomadic desert drones, with screeching birds, bees or wild wind accompanying slow, heavy riffs that start as a whisper and end in a volcanic, rolling wave of apocalyptic frenzy. The collage of this mixed with melancholic, translucent harmonies, very heavy & low bass chords, and electronics are a mesmerizing universe of sound and emotion which has generated an ever growing group of enthusiastic listeners.
”Menetekel” is their new album and it is darker than their last masterpiece “Perseverantia”. Menetekel is another word for “the writing on the wall” and the artist couple is projecting our collective despair of what is happening worldwide momentarily into a monumental symphony of sound, twirling and twisting it into a biblical frenzy”. The first song on the double LP whispers in harmony and sings” Welcome to my home” “Welcome to be heart” but very quickly the shadows grow deeper and mood becomes wilder, the trumpets sound and the fall of Jericho is eminent or is it the exile from paradise? Danielle & Alexander gave up their home in Berlin in 2010 and have been touring the world ever since trying to find a sanctuary comparable to the artists haven Berlin used to be in the 80ies. But times have changed and it is each to his own now. The icy winds blowing are everywhere and thousands of homeless souls are wandering our roads, their personal search becoming a universal cry for deliverance. “The great rains have begun” Danielle whispers on the second last track of the album “The Prophesy” a whirlwind of oriental and western sounds dancing with each other faster ad faster until they are morphed into the minimal and last song of the album
“ Crossroad” “Standing on the crossroad. Cause and Effect. Our reaction is the only one in nature which has a choice”.
The symbolic and spiritual questions asked
give an unusual depth to the album, giving it a universal and very poignant touch of the human quest.
On the D side of the double LP is a 20 minute sound installation that hackdepicciotto were invited to compose in an old church in Austria. They decided to inspect the church as a child would, with no preconceived thoughts or answers, treating it as the odd house of a distant giant. Interestingly the architectural influence of the ancient walls inspired a couple of philosophical thoughts which could bring light into the shadowy depths of modern times - in an overwhelming choir of many voices the two artists sing: “The echo depends on where you stand”.

Bandcamp Daily  your guide to the world of Bandcamp